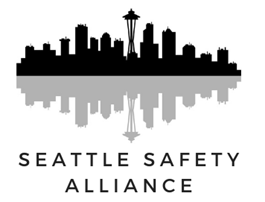 Members of the Seattle Safety Alliance, a group representing large and small Seattle-area businesses, are asking candidates for mayor to make clear their plans for addressing public safety during this Thursday’s live mayoral debate.

With election day just two weeks away, M. Lorena González and Bruce Harrell will debate live this Thursday, Oct. 28 at 7 p.m.  The theme of the debate is public health and safety.

“Seattle voters deserve clear plans of action on public safety from the candidates for mayor and city attorney. The city’s continued indifference to criminal activity is appalling and an affront to everyone who lives and works in Seattle,” said Chris Huckins of Dunn Lumber Company.  “Seattle businesses and residents deserve answers on crime and public safety. Small businesses are doing everything they can to stay open right now, in the midst of COVID and staffing shortages, while also taking steps to manage criminal activity from deterring customers and employees from coming to their stores. We ask that the candidates for mayor pledge to outline their plan for fixing public safety in Seattle.”

A new research project by the Seattle Metropolitan Chamber of Commerce, The Index, finds that Seattle voters are deeply concerned about the direction of the city and believe the quality of life is worse. The same study also found that:

Tammie Hetrick, president and CEO of the Washington Food Industry Association (WFIA) says candidates for mayor and city attorney must rise to the challenge of addressing what many in Seattle believe is their top concern in the fall election.

“Former Govs. Gregoire and Locke have both underscored the need for pragmatic city leaders who will get Seattle back on track,” said Hetrick.  “Voters need to spend the next two weeks leading up to the election asking candidates tough questions about how they propose to handle crime and make Seattle a safer place to live, work and visit,” she said.

Attorney William DeVoe, whose law office is located in downtown Seattle, said the city must be more intentional about addressing vandalism and crime in the city.

“We need city leaders who are willing to address this city’s escalating crime problem and pledge to start cleaning up Seattle,” he said.